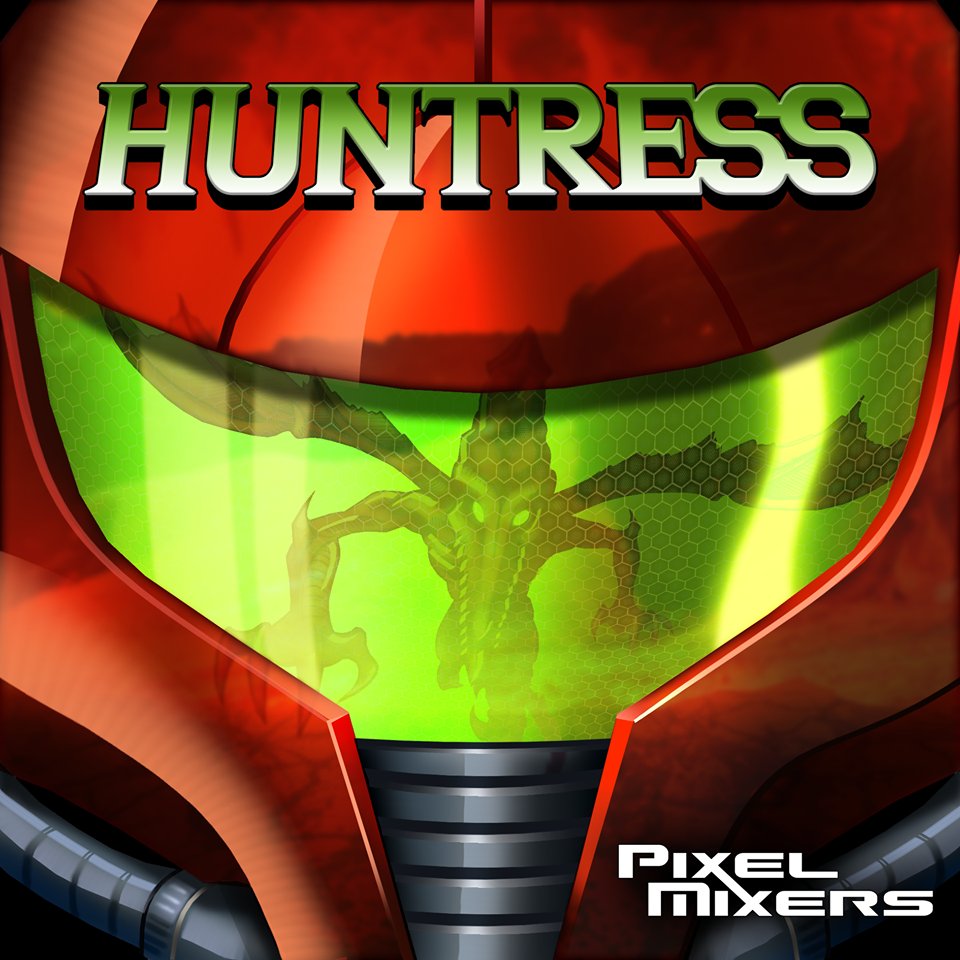 “Hey good people, i have the pleasure to present you the result of the hard work we put in the Metroid Album! Once again i’m thanking you guys for participating to those projects! I really hope you’ll enjoy this album, i can’t wait to know what you think about it ^^ Feel free to share this album anywhere you can as much as you can!

Huntress focuses exclusively on the classic Metroid titles, giving us the possibility to make a Metroid Prime album in the future.

We do not own any of those songs, they were composed by:

This album has 30 songs from the classic 2D Metroid games and is 1h35 long. This is clearly our darkest album with a lot of great atmospheric tracks with a lot of electro and rock/metal songs to fit the oppressing feeling of the Metroid OST.”

4. Power Up: Short and simple electric piano. I thought the pad fading in at the end would be a cool transition, but I’m not sure if it worked or not.

11. Hatchling Theme: I thought the coolest part of the original track was the same melody running at different speeds and offsets (it’s not even a single loop in Metroid II, it’s made of multiple simultaneously looping parts of different lengths), so I made that the focus here. Draskon (who hosted the listening party stream) remarked that the chords made it sound like a romantic candlelit dinner with the Metroid hatchling, which is an image that will stay with me forever.

29. Serris X & Gedo X Boss Theme: With this track, I aimed to answer a question: “What if the Serris music from Metroid Fusion sounded like The Sentients from Hyper Light Drifter?” The answer, as it turns out, is “it’d sound pretty cool”. I noticed the main melody sounds a bit like the Artifact Temple theme from Metroid Prime, so there’s a little reference to that near the end. Shout out to Hashel for the great track order choice here: I felt a little bad ending the track with a long droning fadeout, since that’s a bit awkward to follow up on, but Kiaran’s Arachnus cover opens with this amazing dischordant fadein that (coincidentally on Kiaran’s part) sounds like a corruption of my ending and AAAAAA I LOVE IT SO MUCH